Labor Laws – not what you thought 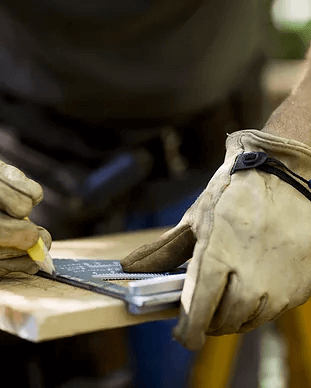 Abuse of the law and right protection

We will consider here an example that occurs frequently and demonstrates employees’ power to abuse and damage their employers.Quite a few readers are not going to like this article – in particular those who prefer to perceive employees as disadvantaged people who are, by definition, subject to exploitation by their employers ignoring their considerable power to abuse the law.

A small company with an annual turnover of less than NIS 5 million that employs less than 10 employees (“a small business”) has been operating in the south of Israel.

This company employed for ten years a senior employee who was subordinate to the female CEO only. Her work was characterized by credibility and professionalism, and accordingly strong friendship relations were formed between her and the CEO which involved mutual help at times of crisis and personal problems, spending time together, and sharing happy as well as sad occasions.

One day, however, the employee approached the CEO requesting a pay raise. The CEO, who is also subordinate to the directions of the company’s board of directors, told the employee that her wage had only been recently raised, that she gained a series of benefits including unlimited company car and ForeFuel (Dalkan) expenses, and that due to new regulation applicable to the company, the company’s revenues have been significantly damaged, such that it may shortly face losses. However, the CEO promised that she would reconsider the employee’s wage raise request within several months.

The employee, who would not settle for the CEO’s reply, approached the company owners but they did not interfere and believed that this was the end of the story. This was a big mistake which they only realized later.

It was only one day after the CEO’s reply that the employee went to see a private doctor and a family physician seeking sick notes. Subsequently, the employee continued to miss out on her work for many weeks obtaining renewed sick notes from all the physicians with whom she could get an appointment, some of whom were not at the health organization to which she belonged.

All this was with the aim of harming the evil CEO and company owners who refused her additional pay raise request.

The employee continued to skip work beyond the accumulated sick days knowing that not only will the company not dismiss her during her sick leave, it will have financial difficulties to hire an additional, alternative employee, certainly one that she herself did not train and certainly when the company will be required to pay double wage.

Moreover, the fact that the employee was absent from work during the accumulated sick days does not interrupt the continuity of her work and those days are also accumulated for the purpose of calculating severance pay and certain rights whereas the company, on the other hand, is paralyzed.

Thus, in fact, an employee who knew well the labor laws regarding absence for sick days, abused the law in order to skip work for months cynically abusing the law in order to damage the company, while the Labor Court was prevented to provide the employer with any relief.

As the employee continued to skip work (which, as aforesaid, was done without any prior notice), the company’s activity was compromised and there was indeed a real concern for its future existence.

At that point the company approached our firm and by a simple act the firm took, we managed to overcome this obstacle.

This was done by presenting a demand to the employee that she should appear for a check up by an occupational physician on behalf of the employer, in accordance with Section 2 of the Sick Pay Regulations (Procedures for Payment of Sick Pay), 5737-1976, which provides that if an employer has any doubt as to the content of a medical note not having been duly provide, they may request that the employee should undergo an examination by an occupational physician, and the employee must undergo this examination.

At first the employee obviously refused to undergo this examination and subsequently even changed the cause of her illness in order to make it more difficult to find a relevant occupational physician to the new cause of illness, but after such additional specialist was located, her medical condition “immediately improved”, she no longer had the need to be examined by any physician and requested to terminate her employment with the company by way of dismissal.

This is the place to stipulate and emphasize that it is not the writer’s intention to assert or imply that all employees pretend to be sick or try to abuse the law. Similarly, she does not wish to assert that there are no employers who prejudice the rights of their employees, be it knowingly or unknowingly.

However, in view of the effortlessness in obtaining sick notes, sometimes without as much as even having to see a family doctor, employees obtain numerous sick days and abuse them to badly harm their employers and/or as a bargaining tool.

This is but one example for an employee’s ability to abuse the law. This being the case and in order to prevent such situations, it is vital to carry out a matter-of-fact examination, on a case-to-case basis, and exercise discretion that would allow occupational flexibility and protection of employers on one hand, and real healing of employees on the other hand without concerns that they might be dismissed simply because they indeed became ill.

There are of course many other ways to deal with the above situation as well as with other situations where the law is abused or breached, both by employers and employees. To that end, whether you are en employer or an employee, you are invited to contact us for professional, customized consolation.